Is Sitting the New Smoking? 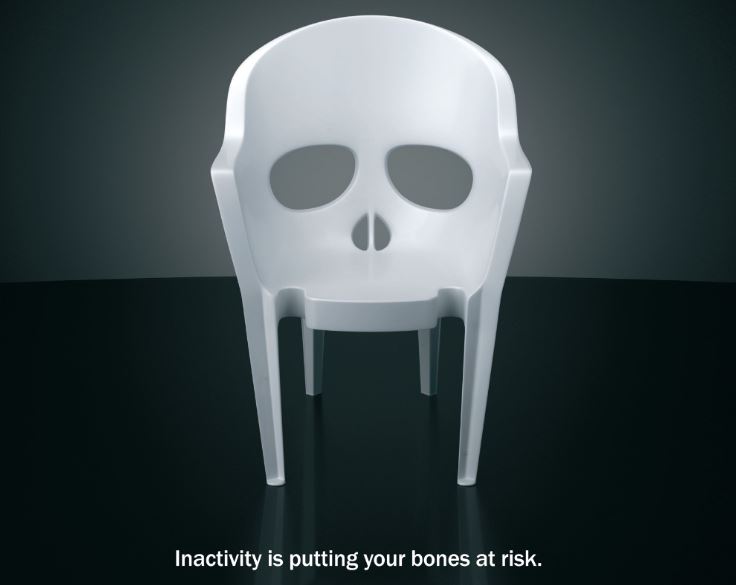 A study released by the American College of Occupational and Environmental Medicine suggests that, because you’re human, you lose 11% to 14% of your productivity-potential every day. You check the news. You chitchat with a colleague in the next cubicle. You daydream about dinner, who is going to be on Jimmy Kimmel tonight, or your upcoming weekend road-trip. We’re all human. We’re not machines. And there’s not much we do to change it.

Here’s something you can change. Research also suggests that for every health risk you possess, you lose an additional percentage of your productivity-potential (small health risks obviously impact productivity less than serious health concerns). Some studies suggest that the average person has between 10 to 12 health risks every single day. Do the math. Even if a minor risk reduced your potential by 3%, but you possess 10 small risks, you could be operating at about half of your potential.

Curious about how these seemingly small physical changes could impact performance at work, we started digging for more research. And, we found it—a ton of it, packaged neatly into one book.

“Losing four hours of sleep is comparable to drinking a six-pack of beer ,” says Tom Rath, Author of the New York Times bestselling book, Eat Move Sleep. “I don’t want to be in a serious meeting with a person who drank six beers or lost four hours of sleep. I don’t want my child’s teacher to be that person. I don’t want my doctor to be that person. Still, we don’t view the two scenarios (beer drinking and not sleeping) as equal. In fact, our culture views a person who needs sleep, as a person with a weakness. In fact, in the business world, many professionals take pride in burning the midnight oil.”

Rath, most known for his thought-leadership in the business space — the author of Strengths Finder 2.0, How Full is Your Bucket, and the more recent bestseller Strengths Based Leadership — has both personal and professional reasons for shifting his attention toward health and wellness. “I’ve battled health issues of my own,” he recently told us during a podcast interview. “But when I started doing research for personal reasons, I realized the impact small changes could make in elevating performance as well.”

In Eat Move Sleep, Rath cites a study from Harvard Medical School, which suggests ‘lack of sleep’ costs the American economy $63 billion in lost productivity.  And it’s not because employees aren’t showing up for work—we’re not talking about absenteeism.  A concept called presenteeismis apparently slaying our ability to perform. Basically, the word means being sick in some way, but showing up to work anyway. We’ve all had those days where we’re not performing at our best—too little sleep, a headache, or the common cold. We’represent; we’re just not in the game.

“Not reaching your potential is not just about having an illness,” said Rath. “It’s about not being fully healthy. Our culture has spent a lot of time talking about how not to be sick—don’t smoke, and don’t eat junk food. We also talk a lot about how healthy habits prevent disease. But most people don’t talk about how healthy habits improve you—your energy, your focus, your mood, and your performance.”